What our customers are saying about us...

"We worked with Active Motif to process some FFPE and frozen liver samples sourced from 25+year old samples for an RRBS assay. The overall process of submitting samples, communicating with Active Motif, receiving the data, and obtaining the summary was quick and painless. The whole operation was smooth and professionally done." 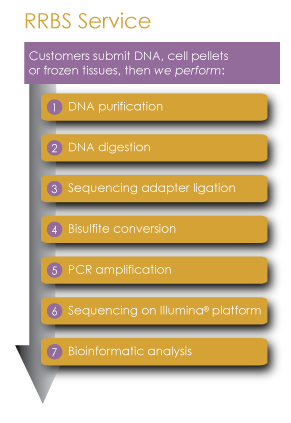 RRBS is a method designed to isolate DNA containing CpGs by using DNA restriction endonuclease digestion and amplification of fragments smaller than 300 bp. In Brief, the methylation insensitive endonucleases, Msp1 and Taq1, are used to cut C^CGG and T^CGG respectively, thus generating DNA fragments with CpG at the end. Since CpG islands and promoters have a high density of CpGs they are cut at a high frequency and the fragments derived from these regions tend to be short. This subset of short fragments is preferentially amplified when the library is generated through PCR and additional selection occurs during sequencing cluster generation. The final fraction of DNA that is sequenced represents a small fraction of the total genome and is enriched in CpGs. These fragments are mapped to the genome to reveal the methylation status of millions of individual CpGs. 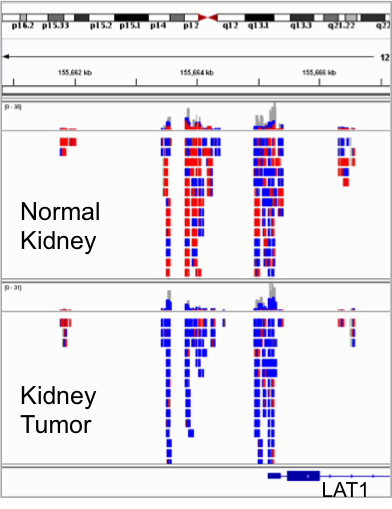 The displayed region is a representative region from the genome-wide data set and shows differential DNA methylation at the promoter of the LAT1 gene. Each block is a separate data point with red representing a methylated cytosine and blue representing the unmethylated base. 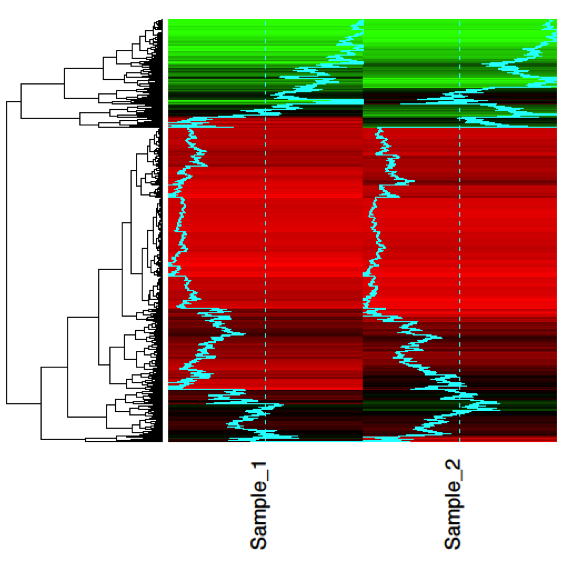 Values 0 (red) to 1 (green) correspond to 0-100% average methylation frequency of covered CpGs within each promoter region, which are indicated by the light blue line within the heatmap. 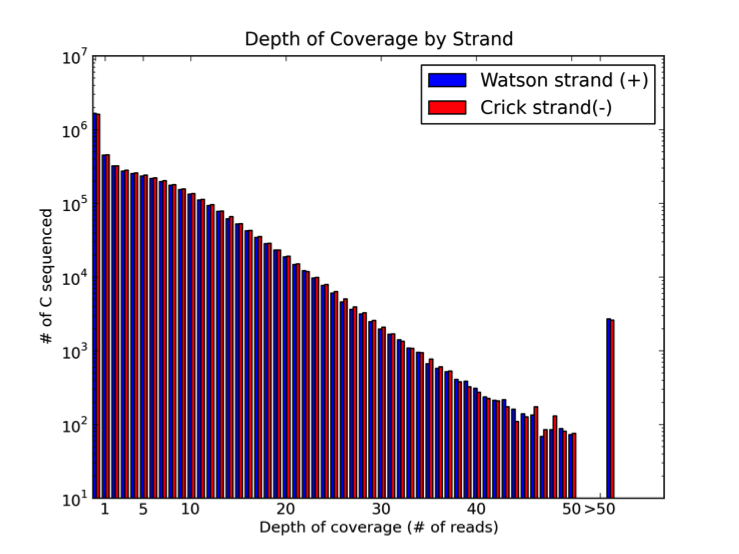 Figure 3: Graph illustrating sequencing depth coverage for any given CpG. 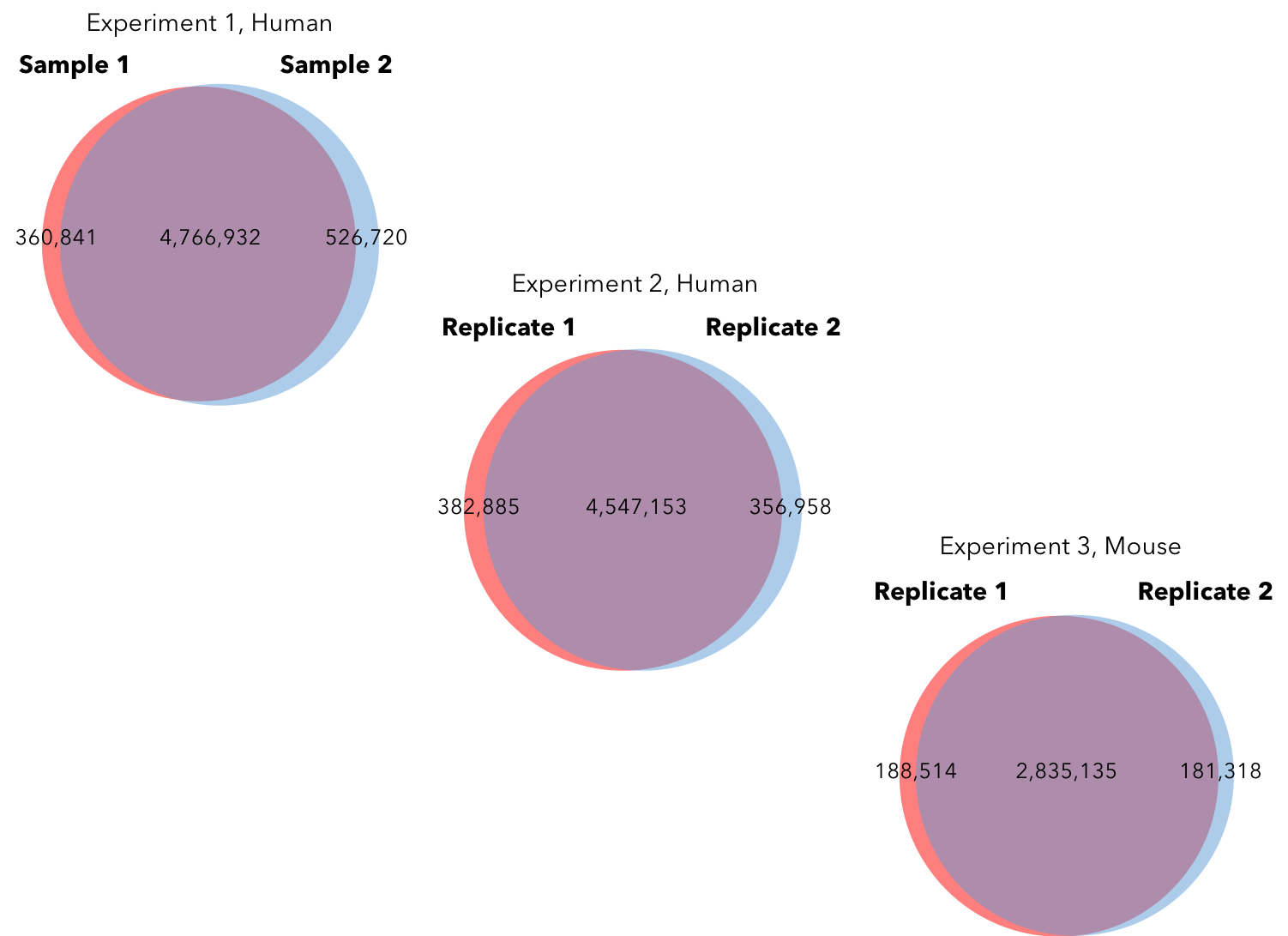 Three separate RRBS experiments were performed in duplicate. The number of overlapping and unique CpGs covered in the experiments are represented by the circles in the Venn diagrams. DNA methylation data is provided at over 4.5 million CpGs in human and over 2.8 million CpGs in mouse. The overlap in CpG coverage within duplicates is over 89% for all experiments.

Two separate RRBS experiments were performed in duplicate. DNA methylation data from individual CpGs were assigned to promoter regions (2Kb upstream of the TSS) to establish an average methylation percentage over promoters. High reproducibility is indicated by Pearson correlation coefficients that are above 0.93 in each experiment.