The epigenetics field is moving quickly, hundreds of new papers are published every month, making it hard to keep up with the newest findings. We’re trying to make it a little easier for you to stay up-to-date in this exciting area by scouring the literature and bringing you short and easily digestible summaries of the most interesting and most impactful discoveries in epigenetics research each month.

This month we cover ChIA-Drop, a new method for investigating chromatin interactions with single-molecule precision, a role for DNA methylation in coronary artery disease, and an epigenomic study that identified DNA sequence motifs associated with histone modifications in both human and mouse cells.

A new study recently published in the journal Nature describes the development of a new assay to investigate chromatin interactions with single-molecule precision. The scientists named their experimental approach ChIA-Drop, which stands for chromatin interaction analysis via droplet-based microfluidics. Their method separates the chromatin sample being investigated into single-molecule droplets using the Chromium microfluidics system from 10X Genomics. They also developed an accompanying bioinformatics and analysis pipeline that they called ChIA-DropBox

The researchers validated the performance of their new method by analyzing the chromatin interactions in Drosophila cells. They found that the chromatin structural features mainly contain multiplex chromatin interactions with high amounts of heterogeneity. ChIA-Drop also generate new data on the associations of promoter sequences with other genomic regions in the nucleus, which is an aspect of transcription historically underappreciated due to previously technical limitations.

It is generally understood that the differentiation and development of blood cells, such as macrophages, is regulated by DNA methylation. However, the details regarding which genes are specifically regulated by this epigenetic modification remain largely unknown.

A recent paper published in the journal Scientific Reports by a team of researchers in India reports on the investigation of the epigenetic profile of M1 macrophages and their effect in atherosclerosis. A case-control study was performed with 25 coronary artery disease (CAD) patients and 25 controls to study the promoter DNA methylation status of STAT1, STAT6, MHC2, IL12b, iNOS, JAK1, JAK2, and SOCS5 using methylation sensitive high resolution melting (MS-HRM) analyses.

Their data indicates that there was a clear-cut difference in the pattern of gene-specific promoter DNA methylation of CAD patients in comparison to controls. These findings highlight potential DNA methylation biomarkers as well as indicate that epigenetic inhibitors might be effective in treating cardiovascular disorders such as coronary artery disease. 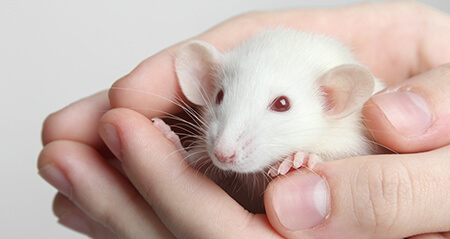 In their recent work published in the journal PNAS, Vu Ngo and collaborators at the University of California at San Diego have analyzed 6 histone marks (H3K4me1, H3K4me3, H3K27ac, H3K27me3, K3H9me3, H3K36me3) in greater than 100 different human cell types and tissues from the NIH Roadmap Epigenomics Project as well as 8 histone marks (the previous 6 plus H3K4me2 and H3K9ac) from the mouse ENCODE Consortium.

What are your favorite recent epigenetics breakthroughs? Are there any amazing new papers that we missed? We’d love to hear from you! Please contact us at blog@activemotif.com or on Twitter (@activemotif) to share your thoughts and feedback!